First blog post: Diary Entry I; A tale of Tanzania.

My very first blog post is devoted to my amazing trip to Tanzania. Fun fact, Tanzania actually inspired “The Lion King”. Cool, huh? This blog post is more of a train of thought, and follows a diary entry structure starting from beginning to end, i.e. Tarangire to Serengeti National Parks. However, it is still a complete guide on a Tanzania safari experience. Hopefully you guys won’t think that my thoughts are too basic. xoxo

To start it off, a group of us went to Tanzania in the beginning of September, a supposedly not-very-high-peak season period. That’s a bunch of bull. Let me tell you why. The weather was awesome. The animals were awesome. The people were awesome. EVERYTHING was awweesome. #LegoSong

Firstly, we landed in Arusha and embarked on our adventure with a three hour drive to Tarangire national park. We stayed in the ‘Tarangire Sopa Lodge’ for three nights, and spent our days going on game drives a.k.a. safari (apparently that’s what stalking animals in their natural habitat is called). I can’t explain how overly excited I was, therefore I’ll show you with a couple of pictures to explain the whole ‘worth a thousand words’ sitch.

Fun fact: Elephants are the leader of their pacts and make all decisions, they are considered the best mothers in the whole animal kingdom and their eyesight is shit. Just like my mom <3.

Another fun fact: The wildebeest are considered one of Africa’s Ugly 5. It is said that it’s as if it was assembled from various animal parts: a horse’s tail, an ox’s forequarters, an antelope’s hindquarters and a grasshopper’s head. Hence its ugly-ness.

To be completely honest, three days in Tarangire were one too many. Therefore if anyone is planning on visiting Tanzania, I’d suggest you limit your days in Tarangire to a maximum of two. Consequently, try to devote other days in other parts of the country such as Zanzibar. Unfortunately, I didn’t get to visit, but a good excuse to re-visit in the future. #Bummer.

Moreover, our next Tanzania location was Ngorongoro National Park, where we got to see the fantabulous view of the Ngorongoro Crater. This crater was the result of a large volcanic explosion almost three million years ago and is today the world’s largest inactive, intact and unfilled volcanic caldera (yada, yada, yada). As a result, the Ngorongoro crater is one of the Seven Natural Wonders of Africa, but most importantly, it looks EXACTLY like that scene from the Lion King where Mufasa is trying to teach Simba about the do’s and don’ts of being the ruler of the Kingdom. You know, the ‘everything the light touches is our kingdom’ scene.

Fun fact: I literally passive aggressively pushed everyone away from this main viewing area to take this picture. My mom wasn’t very happy. #GettingToldOffByMyMomSince1993.

Meanwhile, we stayed in the ‘Ngorongoro Sopa Lodge’ where it was absolutely magical. The Lodge was in the middle of the jungle, and as a result, the view from our room was spectacular. 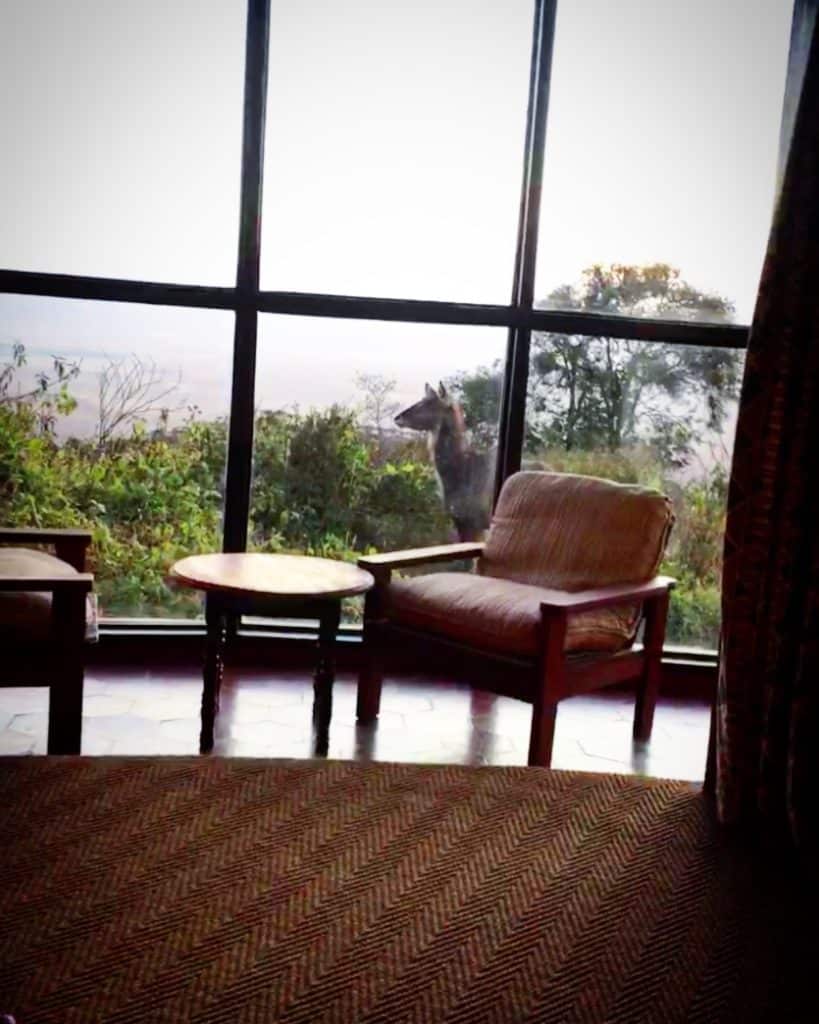 This little guy scared the crap out of me. He was just casually chilling outside my bedroom. #GottaLoveAfrica.

This is on the way to the hotel. It looks JUST like that scene from the lion king where little Simba is running away from his problems. #HowRelatable. In addition, it was an extremely bumpy ride, hence the shaky video. I swear I’m better at taking videos.

Moreover, another interesting fact about the Ngorongoro is that it’s mainly occupied by the Maasai people. If you’d like to check out the cultural side of Tanzania, click on my other blog post, The Maasai, to learn more about them!

Moving on, our final visit in Tanzania was at the famous Serengeti National Park. The whole park was enormous and our quest to find new animals turned out a success. Below is a picture of many lions resting under the shade. 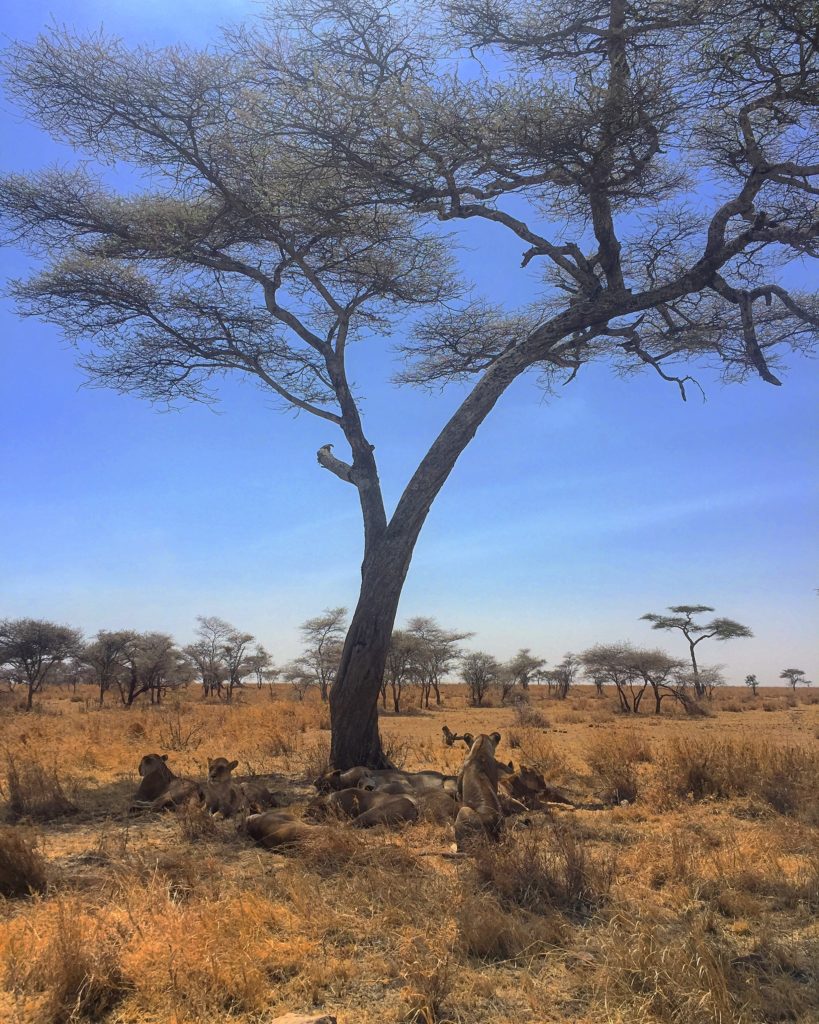 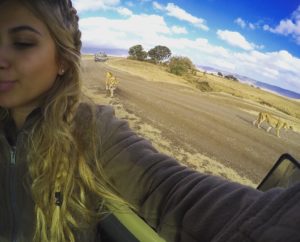 Most importantly, Serengeti was where I actually got to see a lion upfront. I f*cking lost my sh*t. You probably can’t tell by this picture, but the amount of stress I went through to take it was quite unnecessary. Fun fact: Apparently, you’re not allowed to make ANY noise around lions while on a safari / game drive because they might also lose their sh*t and attack you or something.

By now you can probably tell that my favourite animal is the lion, and my all time favourite Disney movie is ‘The Lion King’.

Hot Air Balloon in the Serengeti

Last but not least, the highlight of my trip and therefore the not-to-be-missed thing to do is the hot-air balloon ride in the Serengeti Park. Despite waking up at like 4 am and having to drive in a pitch dark jungle, being able to see the sunrise from a hot air balloon in the middle of f*cking Africa is probably one of THE best experiences I’ve had. Below are a bunch of pictures and a time-lapse video I took that I think is completely worth watching. 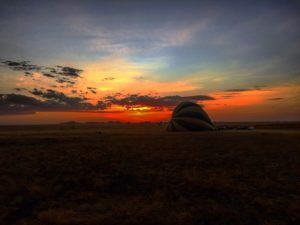 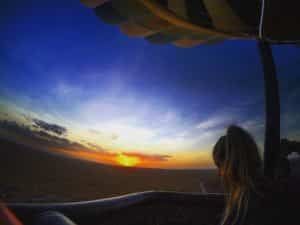 (If you don’t get the urge to start singing the ‘NAAAAAAAAAAAAAANTS INGOOOOOOONYAMAA BAGITHIII BABA’ bit from the ‘Circle of Life’ opening song then I feel bad for you). 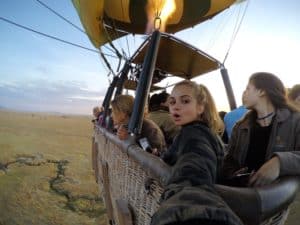 Enjoy my time-lapse video below (a.k.a my masterpiece) from my hot-air balloon trip. Be sure to increase your volume!:)
Song: Upendi from The Lion King 2 movie.

Below are a few other pictures I took if you’d like to check’em out. 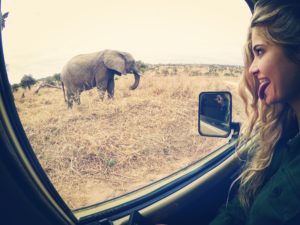 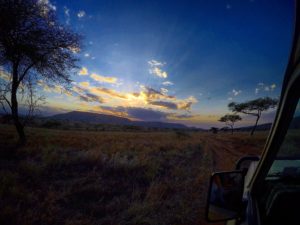 Thank you for reading this blog post! I hope you enjoyed it! 🙂

To read more on Africa, check out my Morocco/Sahara desert guide!